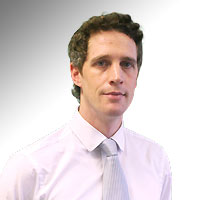 He has offered much support and initiative to new entrants to the market, as well as advising existing companies as they create a plan for promoting their products and services to the industry.

Ryan is enthusiastic about good food and wine, and most sports. He has represented his county at football and athletics and also spent some years as an apprentice at Portsmouth Football Club in the south of England.